Forgiveness is key to healing

Forgiveness is a word that’s been thrown around quite often lately in my clients kinesiology balances this past month. I can’t tell you of my client’s experiences, but I would like to share my own.

Earlier this year I’ve been having issues with my upper back. Slowly the pain has been getting worse. I like to use both kinesiology and osteopath to sort out physical issues when they occur with me. I find it works for me. So I’d done afew osteopath sessions. Finding immediate relief but then the pain would re appear after my part time work on the weekend (photo boothing). The pain would also increase after an evening of physi (physical culture). I was beginning to think I’d have to quit physi, and really didn’t want to do this again. I enjoy the social and physical side of physi. So I decided to do another kinesiology balance on me. The emotional connection I found surprised me because I didn’t think it was a problem. I didn’t think I was holding this in my energy, but obviously I was.

My balances consist of going back to the age relevant to the balance (which in my case was my back pain). Find the emotion and clear it. My first layer of emotion was ‘disappointment’ and when I muscle tested and found it was connected to my competing in physical culture “teams” afew years ago. I was certainly surprised. I’m not a competitive person and only really do it for some exercise. I’ve only ever been involved in 2 teams and both times we never placed. I found that I was self-sabotaging myself. It was as if my body was saying, lets avoid disappointment for my team members because if I’m part of the team then we would not get a place. So best have an injury and this will fix it.

I honestly didn’t think this bothered me at all, but after the Wednesday night of physi, I had no pain the next day (normally I’m in pain). Now my physi teacher might say its because she didn’t work us hard enough (wink wink)… but we know its really my balance and emotional connection that I found that helped me heal.

The second underlying emotion was deeper. It was in relation to an event that happened to my family awhile ago. Where I felt like I was to blame for the family rift. This unforgiveness and blame of myself was obviously deeper. I used Resonate Essences and a range of kinesiology techniques to release this.

Now that I’ve found the trigger of my upper back problem, I find when I’m blaming myself or unforgiveness comes on board, my back feels slightly sore. Coincidence do you think? I don’t think so, but I do know, my back is definitely healing quicker and the back pain has released.

So what’s the answer to all this you may say? It shows if we don’t forgive ourselves, its held in our system. It affects us. Sometimes when we sweep things under the carpet, it finally builds up and then ends up a physical ailment. I’m not saying that’s the case for every person out there who has a backache, but it was in the case for me. 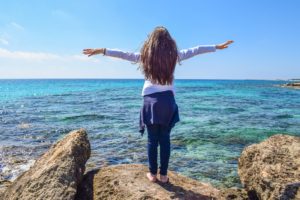 Forgiveness is a big thing. It’s really not for other people, although we are all intricately connected… It’s really for us. To allow us to heal.

“I lovingly forgive others and myself on all levels and dimensions”